The world has changed.

In the past ten, twenty, fifty years, humanity has advanced and innovated in technology, the way we communicate, the way we work, the way we move, and the way we play.

Yet, nothing can compare to the changes the world faced since 2020.

The world over, we saw a pandemic that shut many of us in our homes, stopped children from attending schools, people from going to work, restaurants or to the gym. 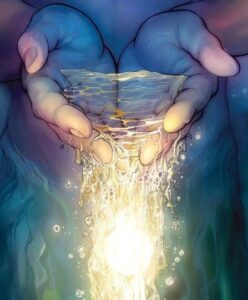 In response, virtual meetings became the new normal – allowing us to connect with people from all over the world in real time.

A team of seven could come together from all corners of the earth to conceive of and create a project.

Humanity has always evolved in a progressive manner in technology. Some would argue that the same can’t be said for how we progress ethically.

What most people consider is that we have always evolved at a relatively steady pace, a small percentage of growth per year that compounds to an evolutionary overview that appears to advance us, bit by bit, away from our neanderthal heritage.

The reality is, humanity has always advanced is epochs of relatively slow growth, interspersed by huge leaps in evolution.

These leaps are always pre-empted by disease, drought, famine, fire, war, or a combination of these factors. 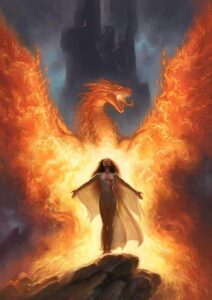 Think of it, our caveman ancestors had a fairly arduous existence. Every day, they would hunt and forage. For their protection, they would have to live in the shelter of a cave, yet they had to be in close proximity to the river, or lake for their fresh water.

Every time they left the cave, the danger of falling prey to a sabre-tooth tiger, or other wild predator, would loom. Our ancestral cave lineage would have been limited in their evolutionary progress were it not for their sudden understating of how to create fire.

Fire was an evolutionary leap for the caveman.

With the invention of fire, not only could we sharpen tools to become better hunter-gatherers, but we could also cook our catch. This new way of life created a need for tribal communities to share the wealth of the field (or the kill), as well as the work it took to cook it.

Scan the landscape of history a little to the future, with the invention of the wheel, humanity leaped once again.

The wheel allowed for our predecessors to lay roots, to live further away from the protection of the cave. The wheel let us harness the power of beasts of burden to carry water, wood, rocks and other supplies for us to build villages, develop communities. In numbers, we could protect ourselves from the predators, and benefit from the communal contributions of our tribe. If famine, disease, drought or fire ever came to our village, we would now be able to load our earthly possessions onto a wheeled vehicle to carry our earthenware jars, tools and skins to a new location.

As we emerged from the cave, and into small tribal communities the world over, one other thing evolved too.

What was once told through pictures on a cave wall, now became graphic symbolic language. In those rudimentary picture alphabets, humanity transformed from a species that only looked at the present necessities, to one that needed to preserve their knowledge and communication for future generations to understand. 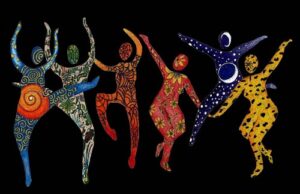 Language, specifically the written form, was as big of an evolutionary leap to humanity as was the discovery of fire or the invention of the wheel.

And while ancient cultures, the world over, told the tales of their social ideals and mores, they were still bound by place and time.

One essential technological invention still hovered in the distant future, a leap in technology with such far reaching effects, that it would forever change the landscape of the way in which humans communicate forever more.

What is this essential technology?