‘Jewish people were the victims of more reported hate crimes than any other religious minority in 2016. According to the most recent year of FBI statistics,’ (FBI statistics, 2018). This fact was released in a statement following a deadly attack on a Synagogue in Pittsburgh in October 2018. And, for those of you who follow me on Facebook, I had posted an image seen below, of a woman. This woman was one of the 11 people killed on this date. I called her, a Survivor. Specifically, of the Holocaust. 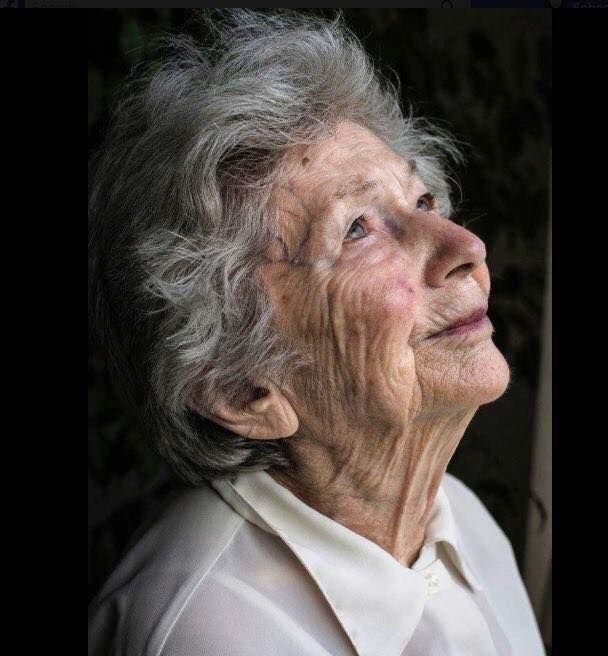 When the names of those who perished in this tragedy was released, there was mention of this particular woman. My post that followed closely after the media release read; This is Rose Mallinger.
She survived the Holocaust over 70 years ago, only to be killed for being Jewish in America.
Let that sink in.

Now, there were some subsequent releases stating that she wasn’t in fact a ‘survivor’ of the Holocaust. However, this prompted me to really explore what that word — survivor — meant. If it’s OK with you I would like to share some of my comments on the thread. I want to share them because I believe it will help set the ‘scene’ for where I stand on the term; survivor.

The following is a reply to a comment stating that she was ‘not a Holocaust survivor’.

‘So, this becomes one of those awkward cases of fact-Check semantics. At 97, she lived through the Holocaust, and with some articles (community members) saying she was European descent, she surely had to live through some of the horrors.

My grandparents were all survivors, even though not a single one went to a camp (if you consider building the Road of Bones in Siberia or hiding in the Black Forest as having simply “lived through” it rather than survived). I would change the wording to be “lived through the time of the Holocaust” (if the fact checking reveals that that would be more accurate), but that wouldn’t change the sentiment. Either way, she survived during a time that many didn’t for the very reason she was killed now.’

What is a Survivor?

Now, we could go with the dictionary definition that reads;

1. a person who survives, especially a person remaining alive after an event in which others have died.
“the sole survivor of the massacre”
2. the remainder of a group of people or things.
“a survivor from last year’s team”
3, a person who copes well with difficulties in their life.
“she is a born survivor
Based on this definition, it would be without question that Rose, was a survivor. And yet, instead of this post that cause some controversy, options on religions and gun violence, and obvious emotional triggers for others … the tragedy was almost — skipped over.
People came out with vengeance to some degree and initially I was taken back. I wasn’t entirely sure I ever imagined it would go here but, it sure did. The post itself was shared close to a thousand times so you can imagine, people were world-wide.

And here we were debating, the word survivor.

It wasn’t until a few days later I went Live on Facebook to speak about the word survivor. And in this video, I reference a book called ‘Mans Search for Meaning’ by Victor E. Frankl. This book is the perfect read for someone who 1) wants to become more familiar with the history and 2) a self-development feel to overcoming and living life.

There was a great analogy in Huffington Post written by Panache Desai and I’d like to share his opening. Anywhere I can apply visual to concepts – especially the deeper ones, I try to.

If you were a plant, would you be growing, flourishing, and resilient in a drought or a flood?

Or would you wither and barely get by when nature’s circumstances stray from the ideal?

This is the difference between thriving and surviving. Of course, humans are far more complex than plants, but it’s true that two humans in the same circumstances can have two very different ways of being in the world.

To thrive is a choice. It’s an attitude, and your ability to thrive in the world is deeply connected to the actions you take on a daily basis and the belief structures you embrace

Do you agree? I would love your thoughts in the comments below.

Let’s take this to a macro level.

Where are we surviving or thriving in our own lives. What can we do together? One day, when I look back at this very time in our lives what will we see about what we did? Were you inline? On the court? Will there be something that you will look back on and be able to say — I was there! I did that!

Beautiful souls, I would love to hear from you by commenting below, reaching out to me on Facebook or alternatively, connecting with me privately.

Until then,
Be Brave,
Be Bold,
Beautiful,
Be you!

email
← Next-Level Girl Power What Would Wonder Woman do?
My Epic Story about Speaking at TedX →